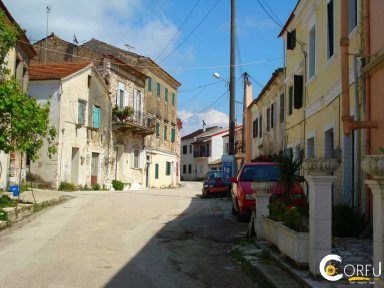 Lefkimmi is a town in southern Corfu and seat of the municipality .

The surrounding area , which includes municipalities Lefkimmeon and Korission extends from Messonghi and the namesake river , as the southernmost tip of Corfu , the Asprokavos (so called cavo bianco Venetian era ) . The area referred to is known from medieval times called Alechimmo, the Strait of Lefkimmis had conducted the famous battle between Corinth and Athens during the Peloponnesian War . Unlike the rest of Corfu , is mountainous , has low hills covered with olive and citrus trees grown in the valleys and vineyards with wine known in Corfu. It has many villages scattered in every corner of , settlements on green background and beaches . Also has tourist areas like St. George on silver, Kavos , more traffic in the summer , the beach Marathia , the Malta Saint Barbara , the gardenia resort for peaceful vacations, Buka . There is the namesake city of Lefkimmis , an extensive settlement of many neighborhoods , such as Riglades , the Anaplades , Saints Theodore, The river channel , and Melikia .
Lefkimi is Lake Korission connected by a narrow channel to the sea . Near the cape is the Arkoudila , an old monastery . Lefkimmi has a port that serves a lot of people connected to the port of Igoumenitsa . Lefkimi saltpans are very good quality salt. In the surrounding area are still Boukari that offers fresh fish , and the mountain village of Pale . The Lefkimmiots have a special dialect and local clothing. On the streets you will encounter women to carry a balance pots on the head . 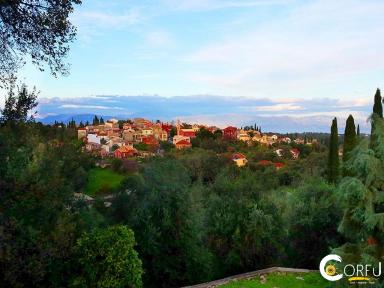 The Village Kastellani located in the middle of Corfu and the distance from Corfu town 10 km. 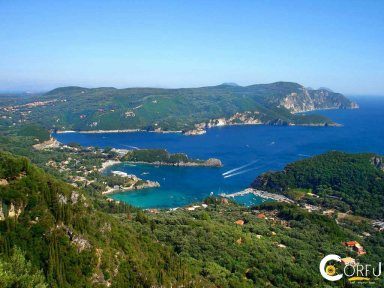 The paleokastritsa surrounded by many beautiful famous beaches and many of its hidden. The rare topography has resulted in the existence of hundreds of caves where attracts most tourists . You even visit this rare ph.... 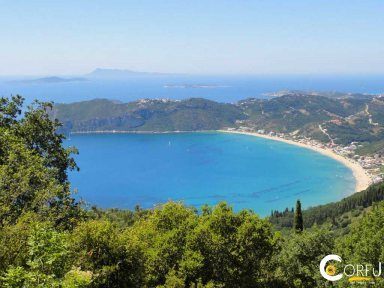 The village of Agios Georgios (Pagon) is a pleasant, quiet resort in a beautiful bay, and is situated 35 km northwest of the Corfu island capital, near the settlement of the same name. Lying tucked... 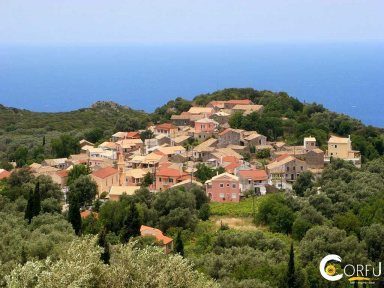 The Village Makrades located in northern Corfu and within walking distance from the famous Paleokastritsa. It is a picturesque village with few inhabitants. Nearby is Aggelokastro Fortress, the village Krini with the hid 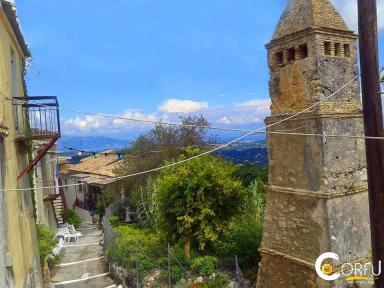 Pelekas village is located at a distance of one and a half kilometer on one of the most beautiful hills of the island and is one of the most famous but also picturesque villages of Corfu. Features magnificent views as it 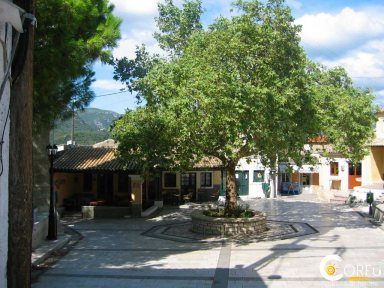 The main scenario of Liapades name is coming out from the word "Aliplakti" which means sea-beaten. The first residents settled in Alipa, a part of Paleokastritsa. From that location name... 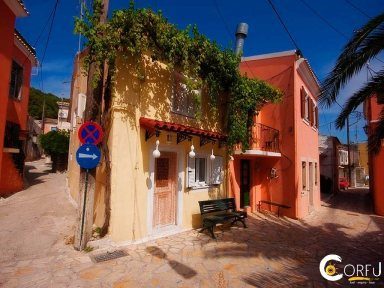 The Sokraki Village , a traditional village surrended by green fields is located 23km. from the town of Corfu and 450m altitude. Traditional houses in the center of the village offer a sense... 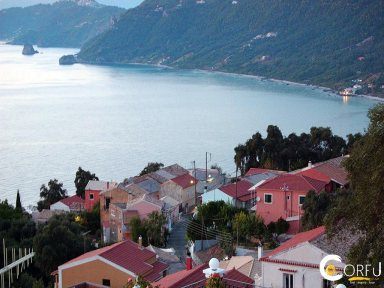 The village of Pentati lies approximately 20 km from the centre of Corfu. The beautiful view of the sea and the famous Ortholythi rock will amaze you. The architecture is left unaltered in time with traditional 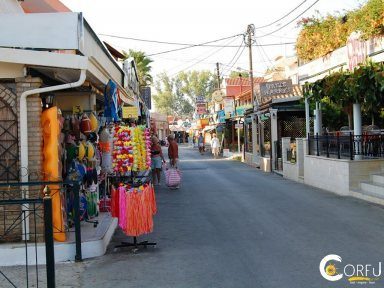 Kavos is a seaside village on the island of Corfu in Greece, in the municipal district and the municipality of Lefkimmi. It is now a lively resort heavily devoted to tourism, and popular with young holidaymakers from Bri 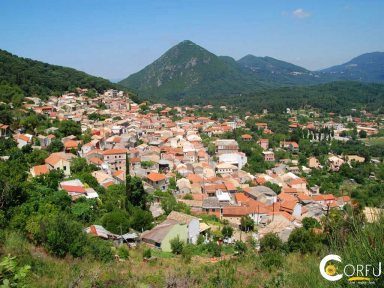 The Old Town St. Matthew belongs to the Municipality of Corfu. Saint Matthew is a picturesque village in southern Corfu dating to the 16th century . This former village scales , which was destroyed by... 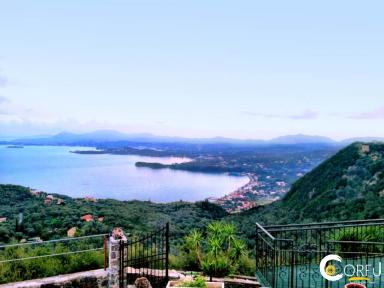 It is a traditional medieval village with narrow streets, a breathtaking view and beautiful scenery with lots of water, located on the south side of Pantokratoras, in the northern part of the island. The view from the ch 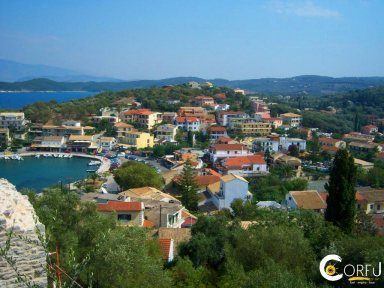 the small port found shelter ships that sailed from the West to the East. Once the ships arrived here the Emperors of Rome . Here now relax Nero and sang his creations in front of the famous temple of Zeus Cassius ..... 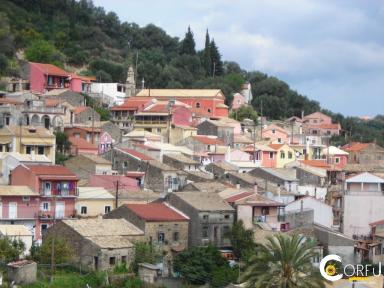 The village of Kato Garouna is a village in Corfu. Located in the central part of the island, south of Corfu town at an altitude of 200 meters, ie 140 m below the Ano Garouna Corfu from which is populated. Nearest beach village is Agios Gordios which is 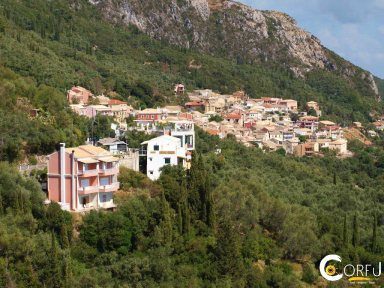 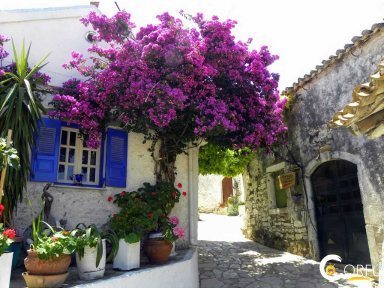 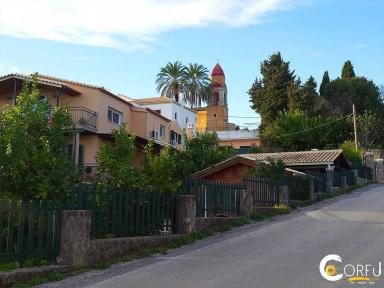 The Village Kalafationes is located in the center of Corfu, 9 km away from Corfu town, with altitude of 182m. It belongs to the municipality of Achillion and it is surrounded by many villages; Viros, Varipatades, Kastela 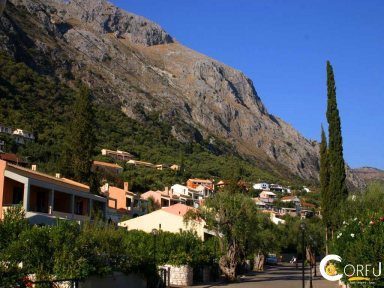 The village of Barbati has many quality restaurants, taverns, and bars to enhance your vacations and it is located in the picturesque northeast coast, just 20 km from Corfu town. The village lies... 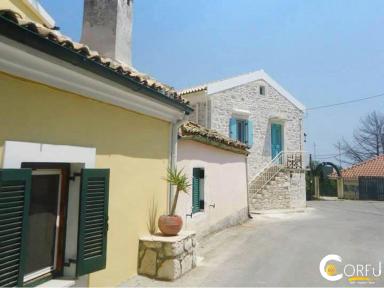 The Sinies is a village in the northeast of Corfu. Today when we say Sinies are referring to former community Sinion starting from the region of Kouloura to the brink of Kassiopi. To the north extending to the foothills 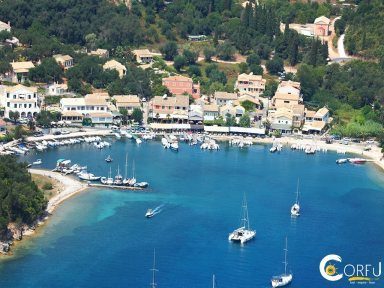 Agios Stefanos is located on the northeast coast of Corfu, between Cherry and Cassiopeia , almost diametrically opposite the village of Agios Stephanos on the western side of Corfu, situated between Sidari and Arillas 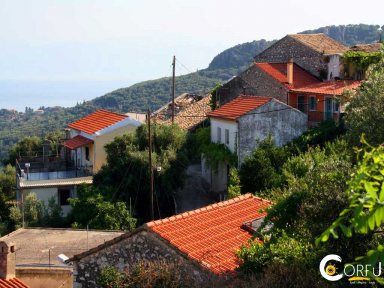 Episkepsi village, one of the villages on the Mountain Pantokratoras, amphitheater is built at an altitude of 360 meters on the slopes of the Pantokratoras. 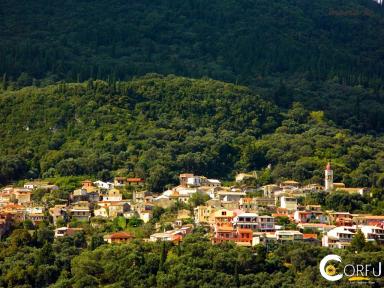 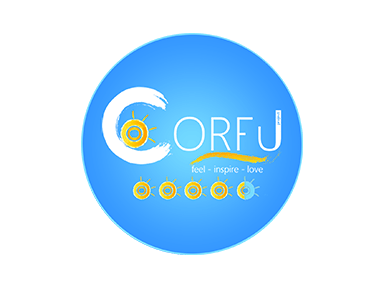 The Nymphes village has 800 inhabitants and is situated at an altitude of 200m., In ancient times called Neraidochori. 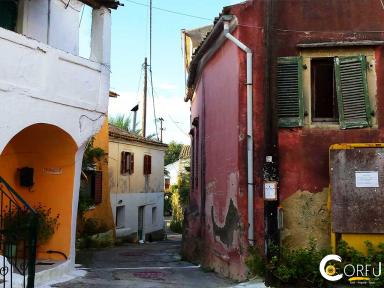 The Viros Village is a traditional village with few inhabitants.

What travellers say about Village Lefkimmi

Welcome to Irini Studios There are six studios in all part of 2 traditional Corfiot houses at the Agios Petros location of Lefkimi at the south part of Corfu Island The studios are built in a large green plot of 4500...
approx 260 meters (284.34 yards) away from you 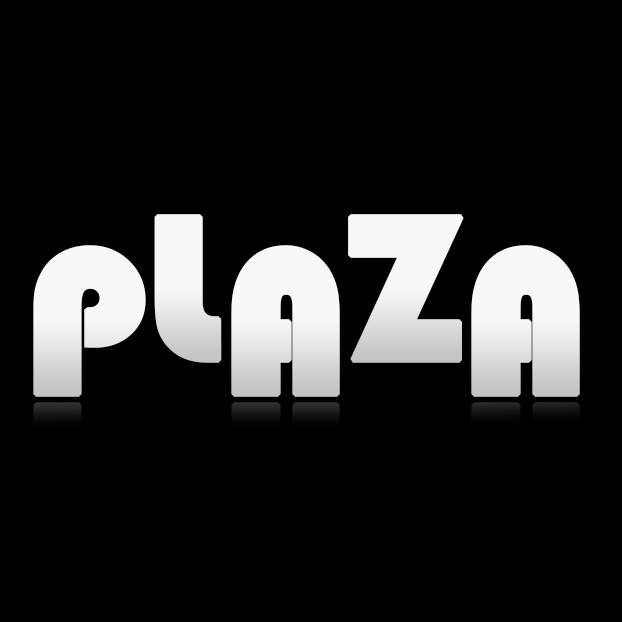 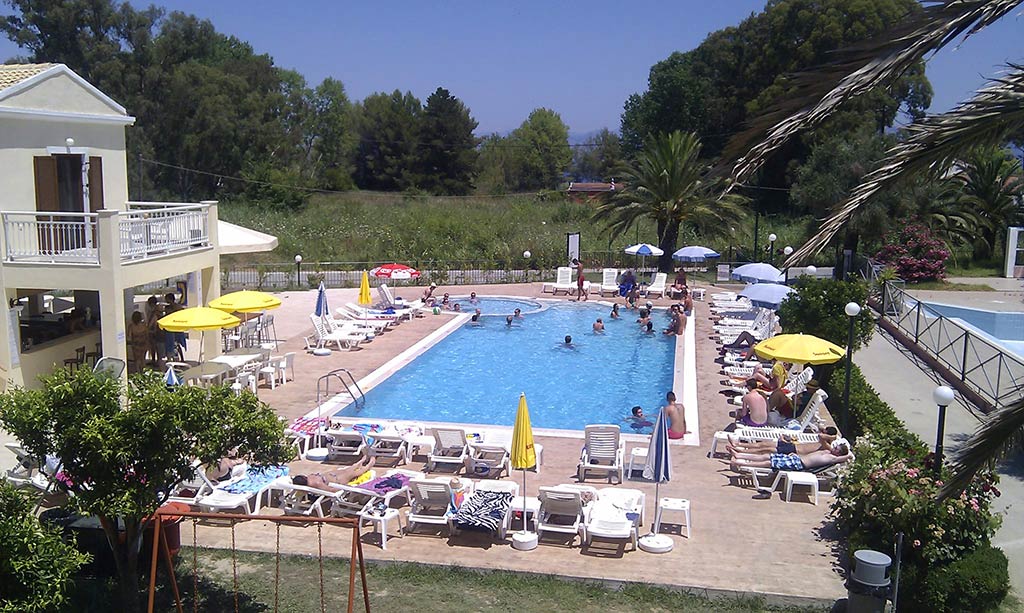