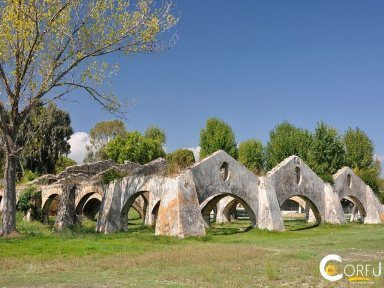 The Venetian shipyard built by the Venetians during their rule of Corfu on the west side of what used to be called Govino Bay, the current location of the modern village of Gouvia. The remains of the old arsenal still exist at the Bay of Gouvia, and are located approximately 8 km from Corfu city. The ruins are behind the modern marina of the port of Gouvia and are separated from it by an iron fence.
The Venetians used the bay as a port and their arsenal was built near the water. The Venetian shipyard features three arched docks which were used to service their two fleets which were stationed in Corfu. The columns, walls and arches of the arsenal survive almost intact but the roof is missing.

The arches with Gouvia Bay in the background
The use of the arsenal was officially discontinued when the Treaty of Campo Formio, which was signed on 18 October 1798, signalled the end of the Venetian Republic. Admiral Ushakov landed his troops at the site of the arsenal and created a military camp there during the Siege of Corfu in 1798. The arsenal also functioned as a base for the French in 1917–1918.

Located near the mouth of the Adriatic Sea, Corfu was a very strategic location for Venice and the Venetians built extensive fortifications to defend the island against incursions. The island was also at the centre of their naval operations in the Levant. As part of their defence plans the Venetians stationed two squadrons in Corfu, one of twenty five galleys, the other of twelve heavy sailing ships. Two Venetian Vice Admirals oversaw the naval operations in Corfu, one for each squadron.

The rear wall of the shipyard
In the aftermath of the second great siege of Corfu by the Ottomans in 1716, the Venetians, as part of their reinforcement of the fortifications of Corfu, built the arsenal to service their ships and also stationed their galleys at Govino Bay. The arsenal was also used as storage for the Venetian ships.
The shipyard at Gouvia was part of a network of Venetian arsenals and naval stations in Greece, including shipyards in the Aegean Sea, Epirus, the Peloponnese, the Kingdom of Candia (modern Crete) and even Venice itself. Aside from Corfu, such locations in Greece included Methoni, Koroni, Chalkis, Preveza, Chania and Heraklion.
The Venetians built the Gouvia arsenal in a strategic location well-suited to ship repairs as it was near a forested area and high quality wood was plentiful and easily available for ship maintenance.

where "ZBM" are probably the initials of one of the ship captains who constructed the arsenal and added their coat of arms and initials to the buildings, and the year is 1778.
The practice of the Venetian captains, who participated in the construction of the arsenal, to inscribe the buildings with their initials and coats of arms, had been documented in the late 18th century writings of French consul to Corfu Saint-Sauveur.
The arsenal at Gouvia was supposed to be used for ship repairs during the winter after each fleet had returned from their yearly campaign during peacetime.
However, the Venetian Senate became alarmed at the prospect of an arsenal in proximity to Venice which could potentially compete with the central arsenal and in order to protect the operations of their local naval facilities, the Senate opted to limit the kind of repair activities undertaken at the Corfu shipyard.
Consequently the shipyard operations at Gouvia were restricted to basic maintenance such as cleaning and caulking; many captains, instead of repairing their damaged ships at the arsenal, chose to sink them.

The arches of the docks
As time went on, the number of ships being serviced at the location declined, and any further use was officially discontinued with the Treaty of Campo Formio, which was signed on 18 October 1798, marking the end of the Venetian Republic and with it the end of the Venetian period of Corfu, which had lasted for over 400 years.
The surviving arches of the structure have been described as "beautifully boned", "strong" and "impressive", "almost surreal", and "a striking collection of skeletal arches". 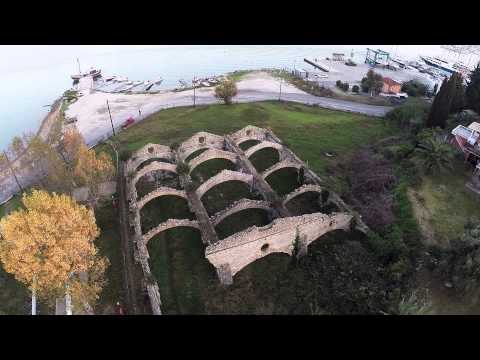 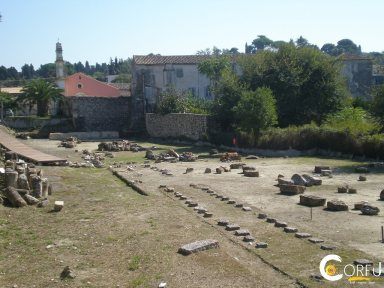 The temple is located in the St. Theodore Ellaiko next to the harbor. Detected accidentally in 1910 when they were parts of the west pediment of the giant, now exhibited in the Archaeological Museum of Corfu and is th... 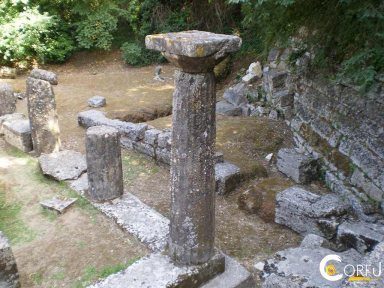 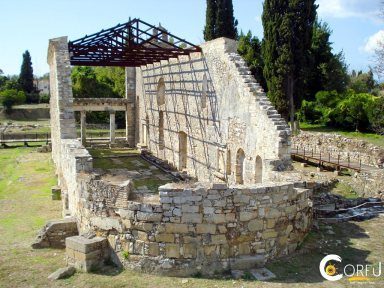 The temple was built in the center of the Roman market of Corfu and very close to the port , was roofed five-aisled basilica with a transept , double narthex , atrium and rich sculpture and mosaic decor.... 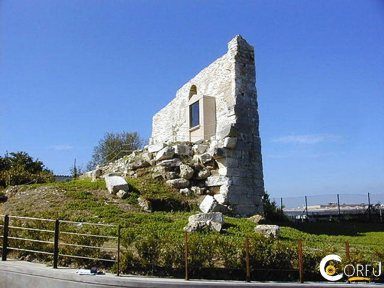 During the Byzantine period the tower was remodeled into a small basilica with three-sided apse and sanctuary rich ceramic decoration on the outer side of the wall , a feature of Byzantine architecture of the 11th an....

What travellers say about Venetian shipyard 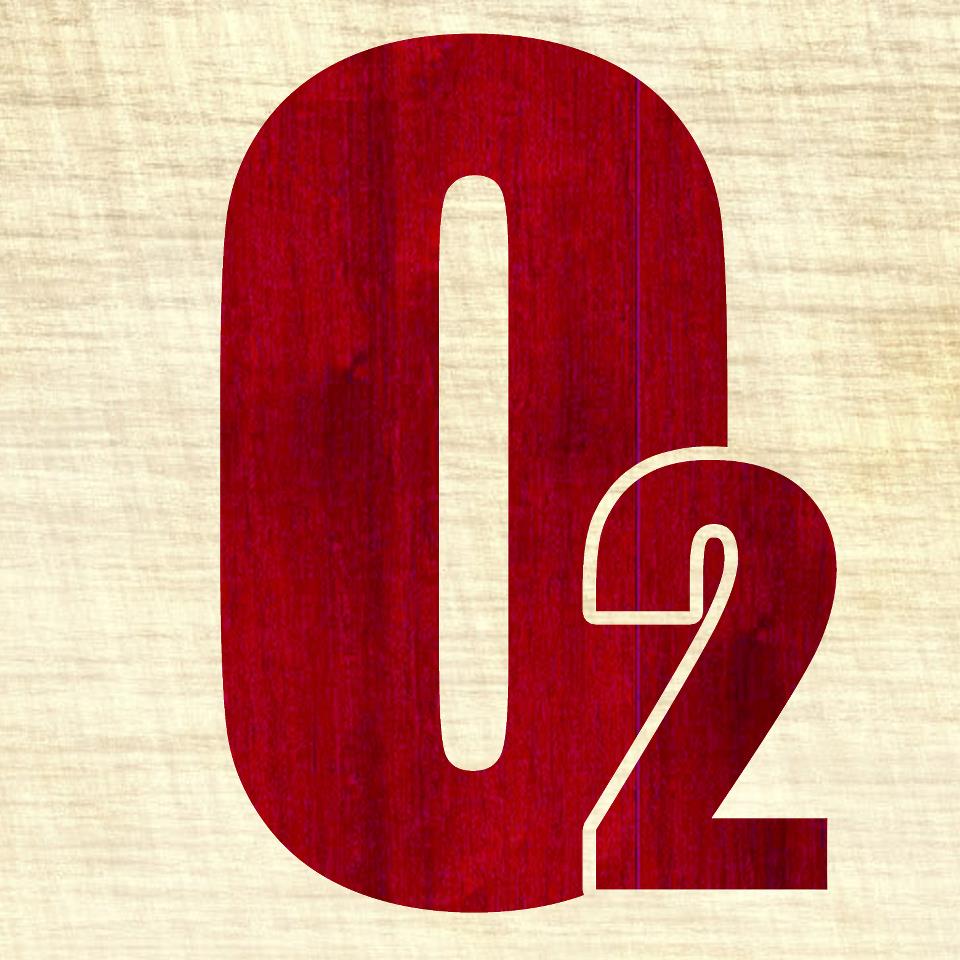 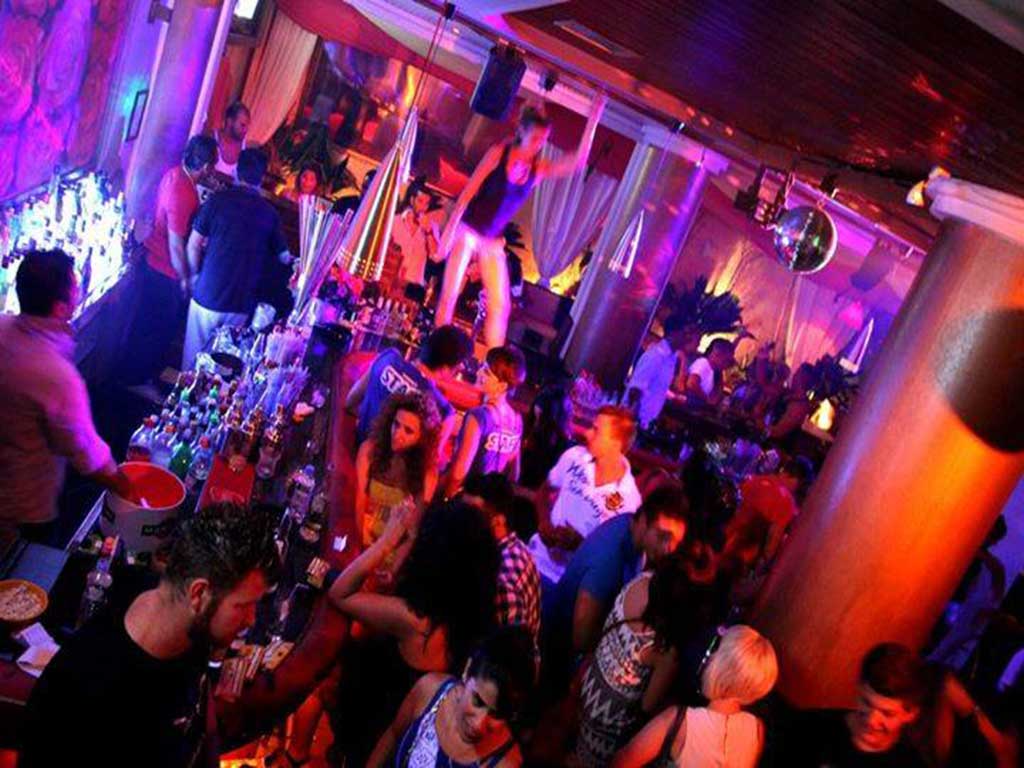 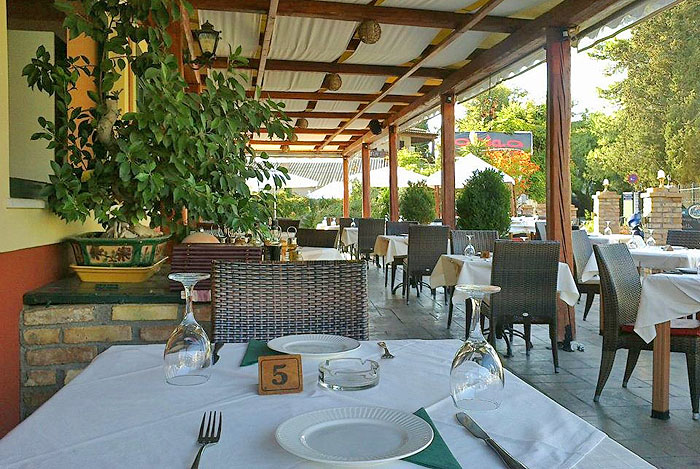 Responsible for the kitchen is Mama Vana cooking home made recipies in co operation with the chef of the Restaurant Our cuisine has been affected by the Italian cuisine as you will find home made pizza baked in the o...
approx 440 meters (481.19 yards) away from you 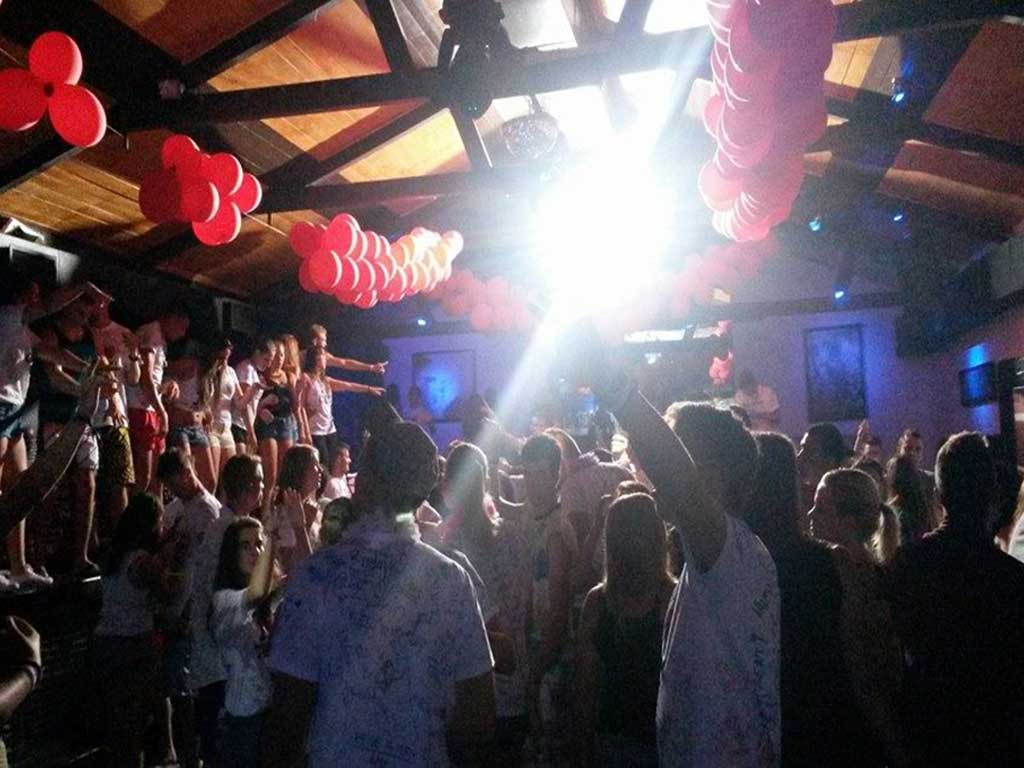 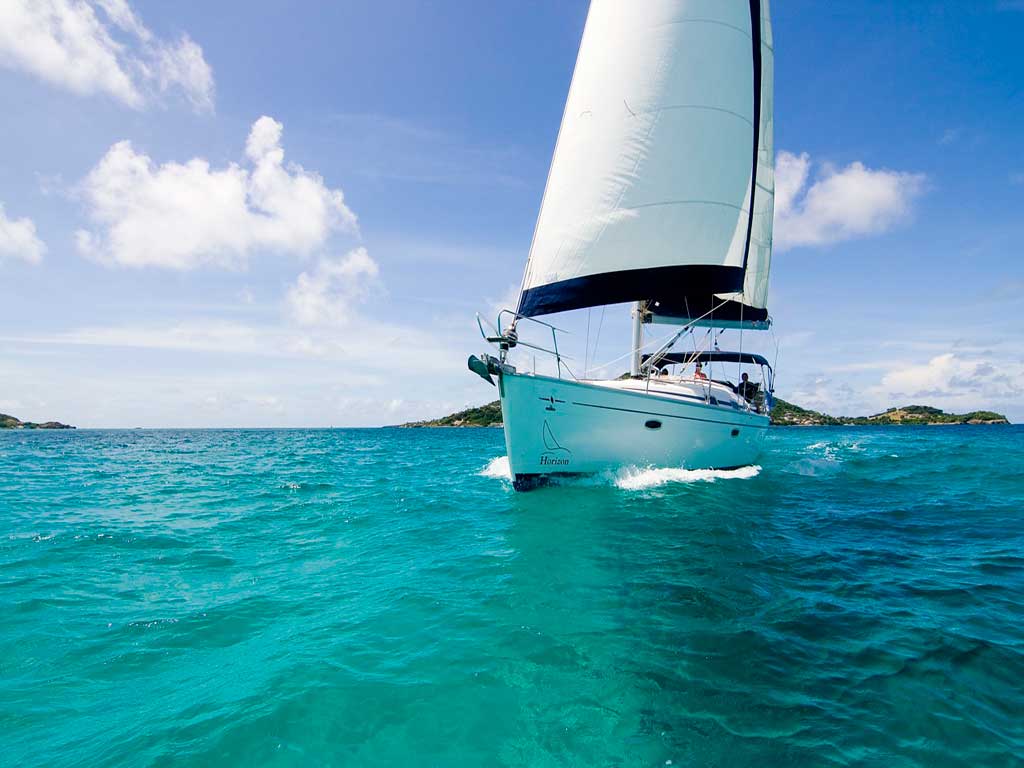 Our motto is Best Service and value for your money In the 18 years that we have been operating we have built a steady business with a high quality reputation Our company is a true family affair and we offer our clien...
approx 490 meters (535.87 yards) away from you

Art Hotel Debono has undergone complete renovation to create a more luxurious and stylish standard for 2012 The transformation has taken place throughout the hotel and been finished to an extremely high quality With ...
approx 540 meters (590.55 yards) away from you 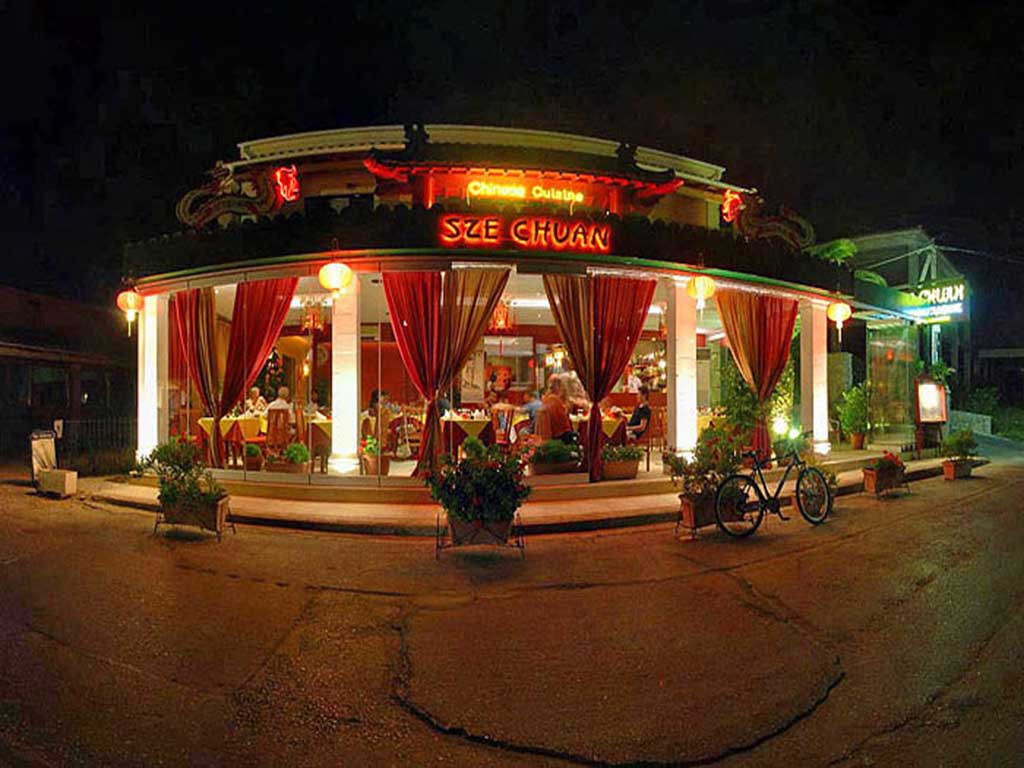 In just a wonderful environment 4 kilometers from the town of Corfu in Gouvia enjoy the great Chinese cuisine recipes with our traditional Chinese food prepared with care by Chinese cooking
approx 560 meters (612.42 yards) away from you 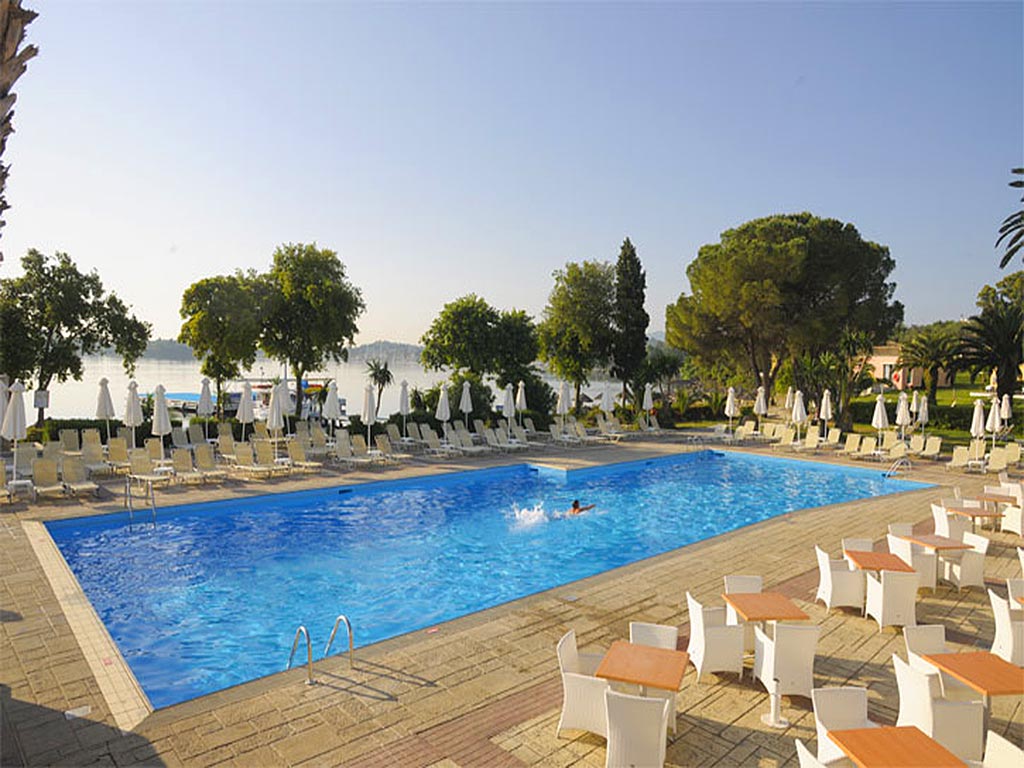 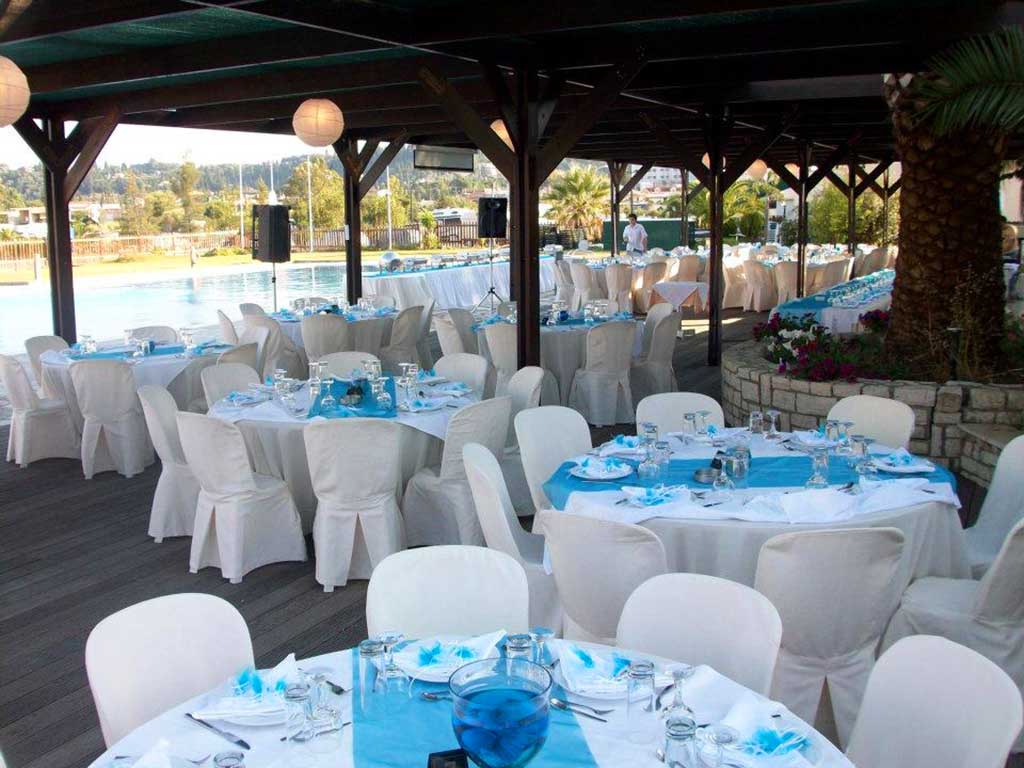 Argo restaurant is situated in the heart of Gouvia Marina in Corfu next to the Marina s Headquarters It has a privileged quiet position only a stone s throw from the sea with stunning views of the Gouvia Gulf Argo is...
approx 840 meters (918.64 yards) away from you 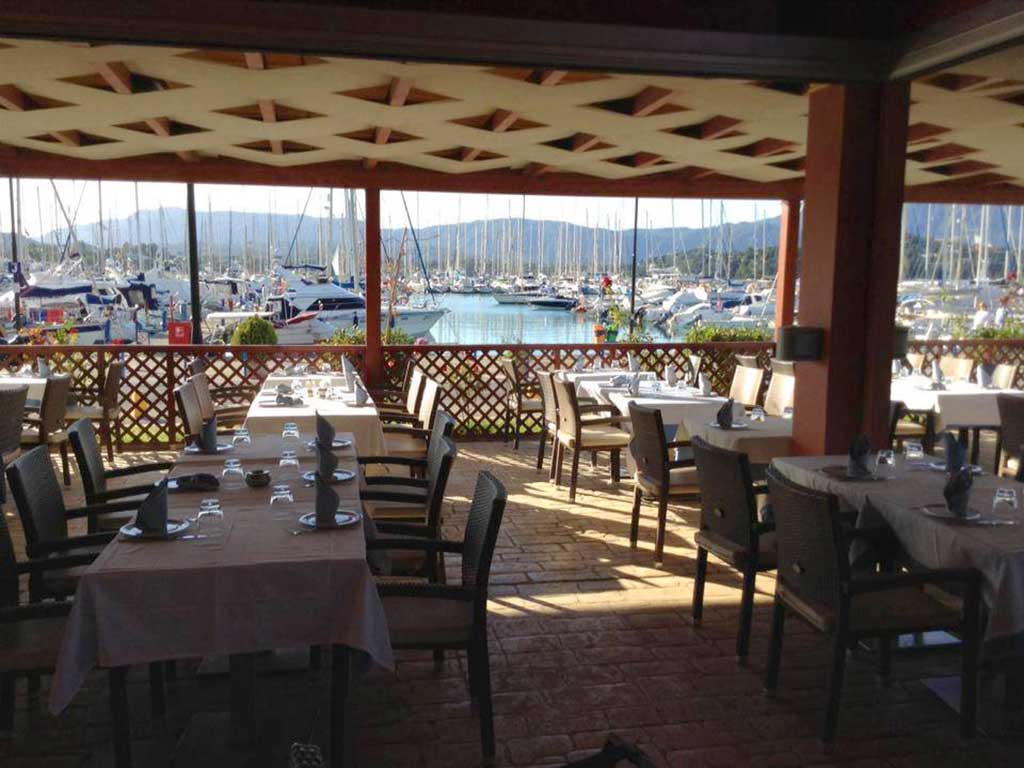 Delicious crayfish pastas and traditional sofritos go to and from the tables and the only break is in order to have a glass of one the most selective wines of the wine cellar When the delight meets its most mediterra...
approx 850 meters (929.57 yards) away from you 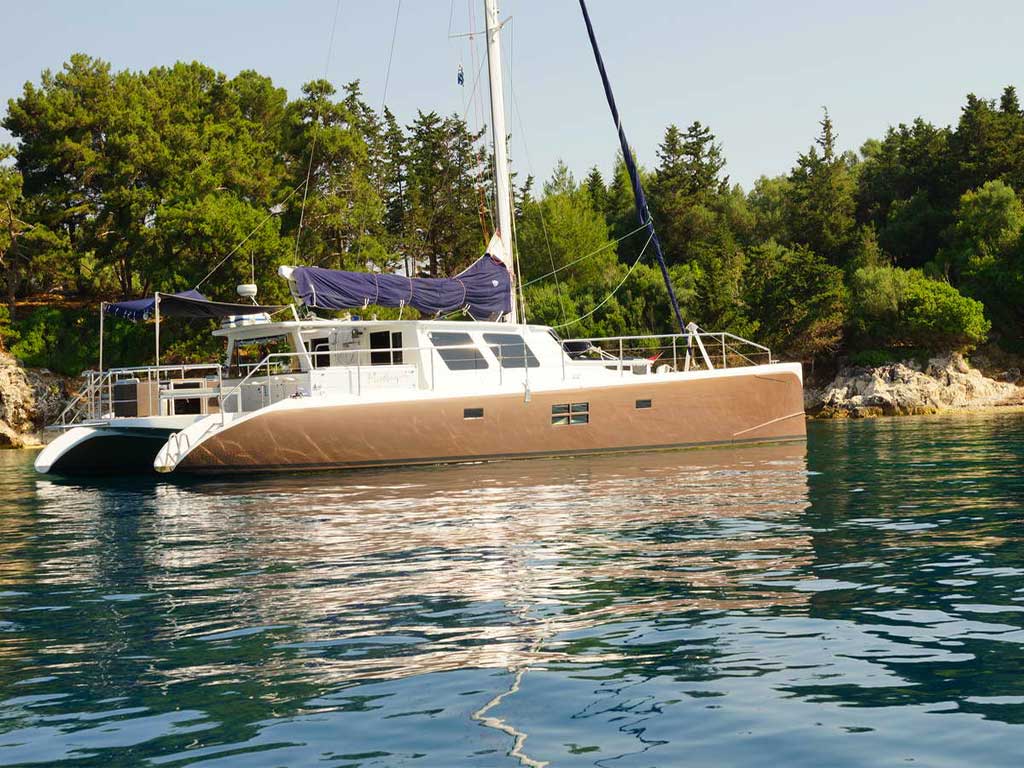 As you relax in the spacious luxury of Mystique s decks silently cruising the coastline of Corfu the feeling that life is good will embrace you The yacht has plenty of space to lie in the sun but equally there are am...
approx 860 meters (940.51 yards) away from you 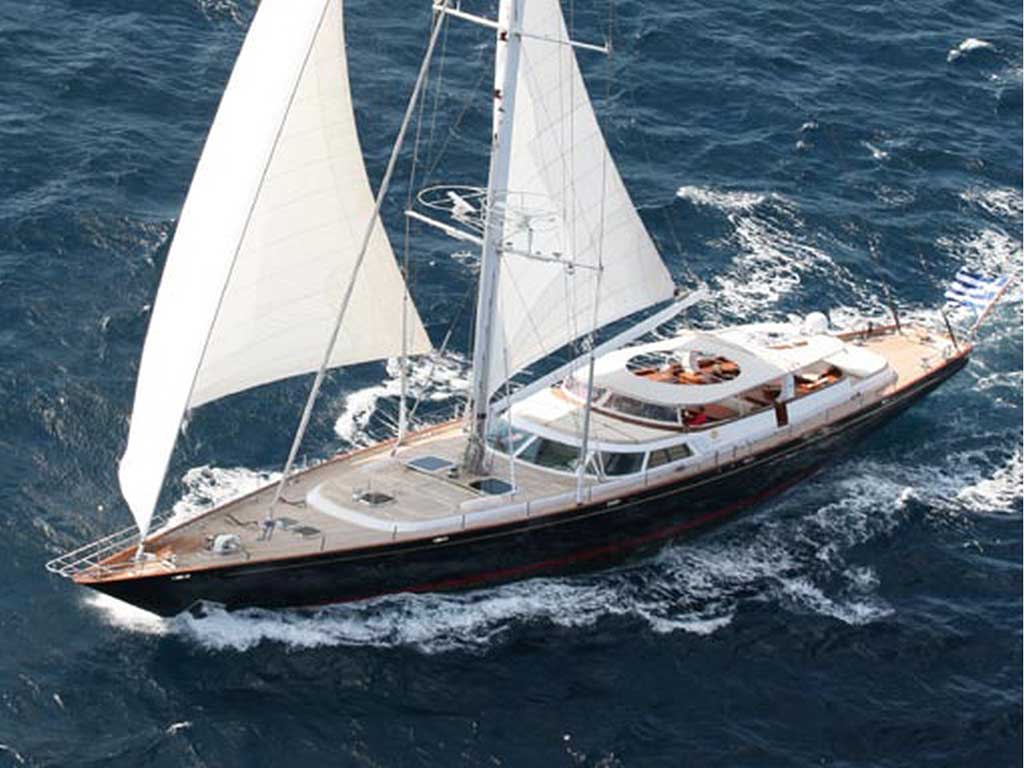 Let us offer you the chance to eliminate the sense of time leave all your worries behind and enjoy the sun with one of our sailboats Our base is at the Gouvia marina with a distance of 15 km from the national airport...
approx 890 meters (973.32 yards) away from you 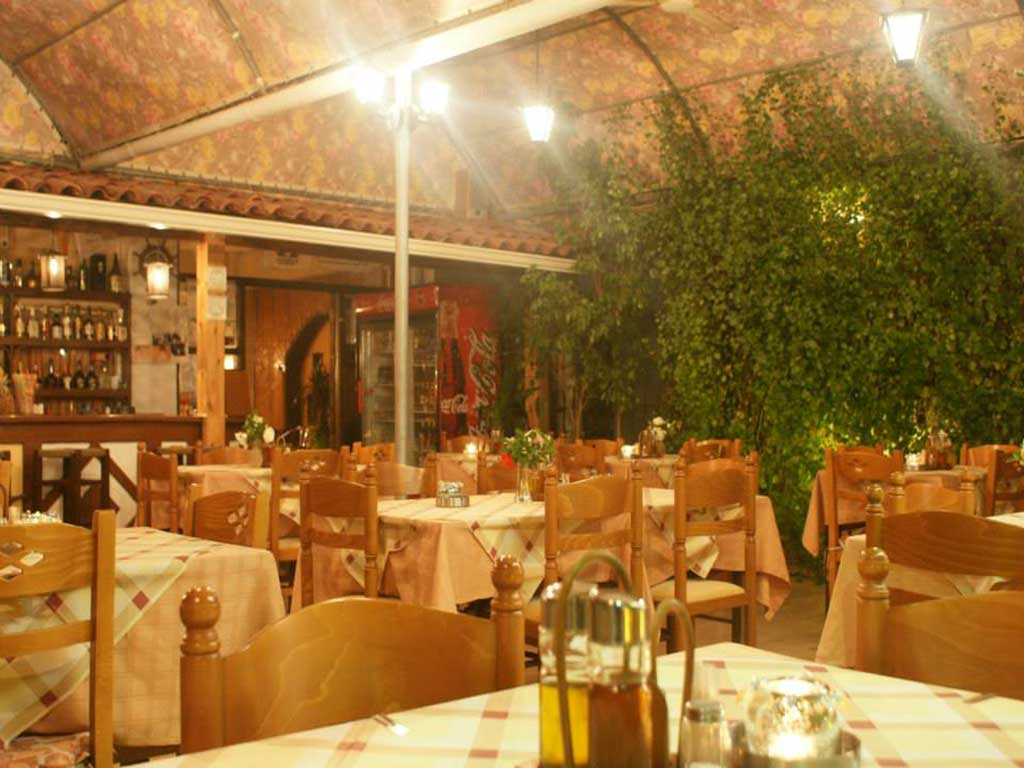 arry s Taverna adjacent to Gouvia Marina in the village of Kontokali has been serving locals and travelers for more than a century Spanning three generations Harry s Taverna was officially established in 1912 offeri...
approx 1.18 km (0.73 miles) away from you

KONTOKALI BAY RESORT SPA is a Hotel Bungalow complex on the central eastern shoreline of the emerald Isle of Corfu situated only 6 Kms from the island s capital Corfu Town Built on a densely wooded peninsula and on a...
approx 1.24 km (0.77 miles) away from you 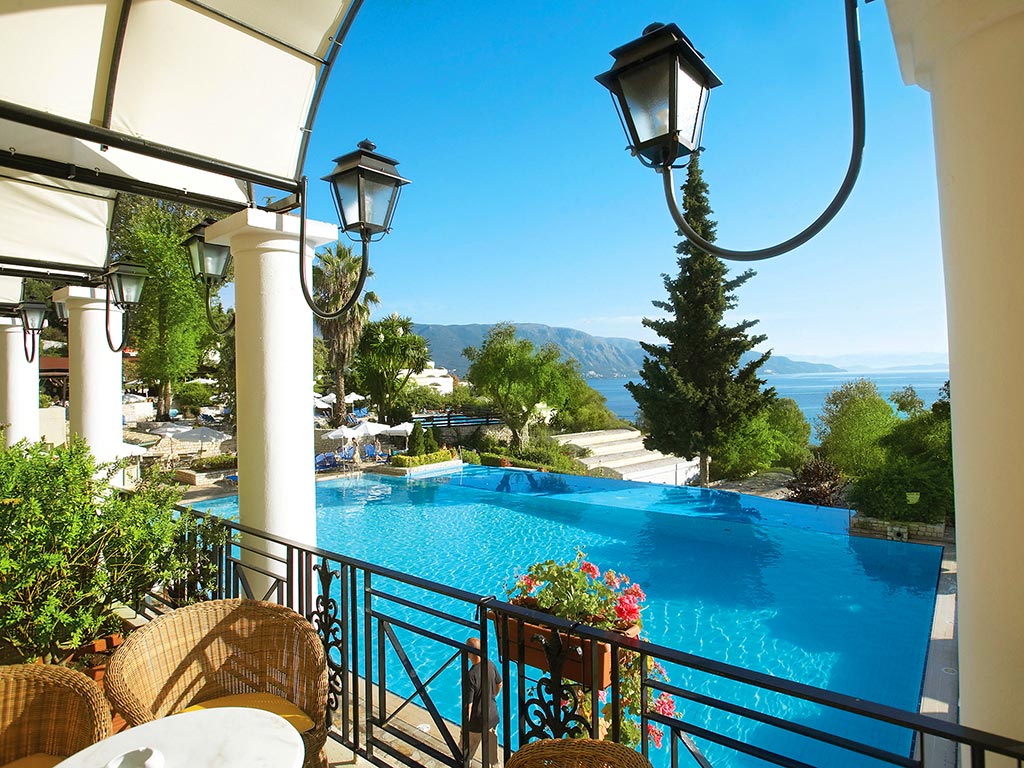 Daphnila Bay Thalasso all inclusive hotel Corfu is a place of rediscovery of joy of life the magic of moonlight the pure pleasure of sun and surf music and laughter It s a place that rekindles the spirit and sense of...
approx 1.51 km (0.94 miles) away from you 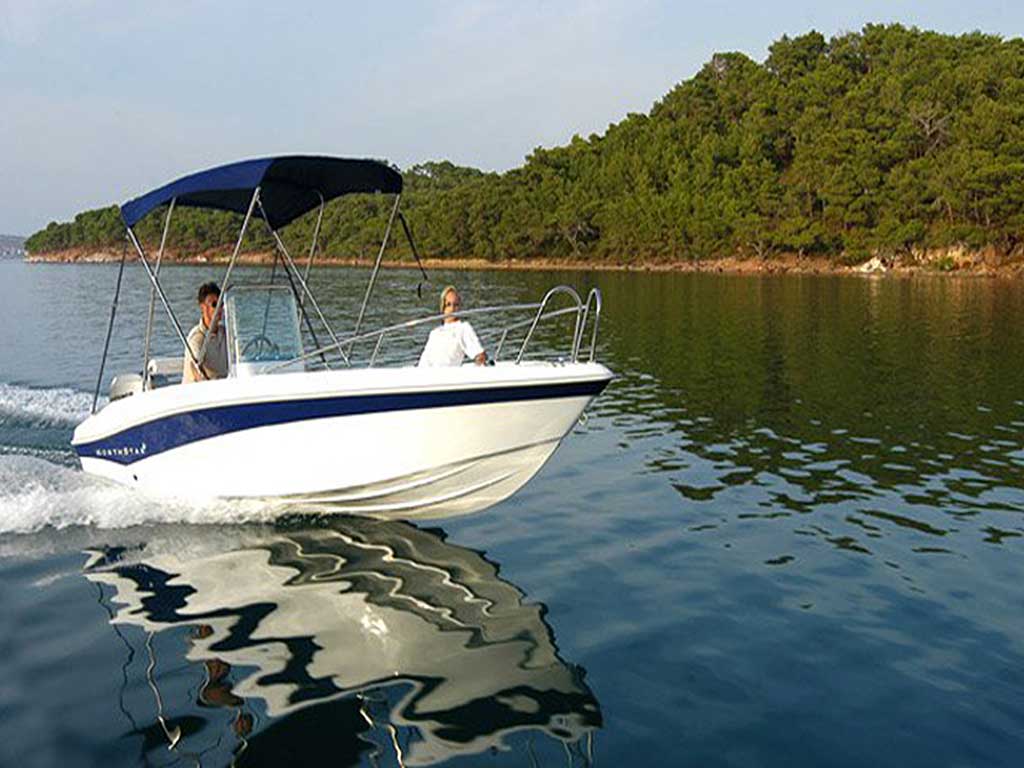 Rent boat and explore at your own pace some of the places of the island worth visiting loacated either in the central south eastern coast Kanoni Mousse Island Benitses Boukari Nissaki Kaminaki Agni Agios Stefanos Kou...
approx 1.69 km (1.05 miles) away from you 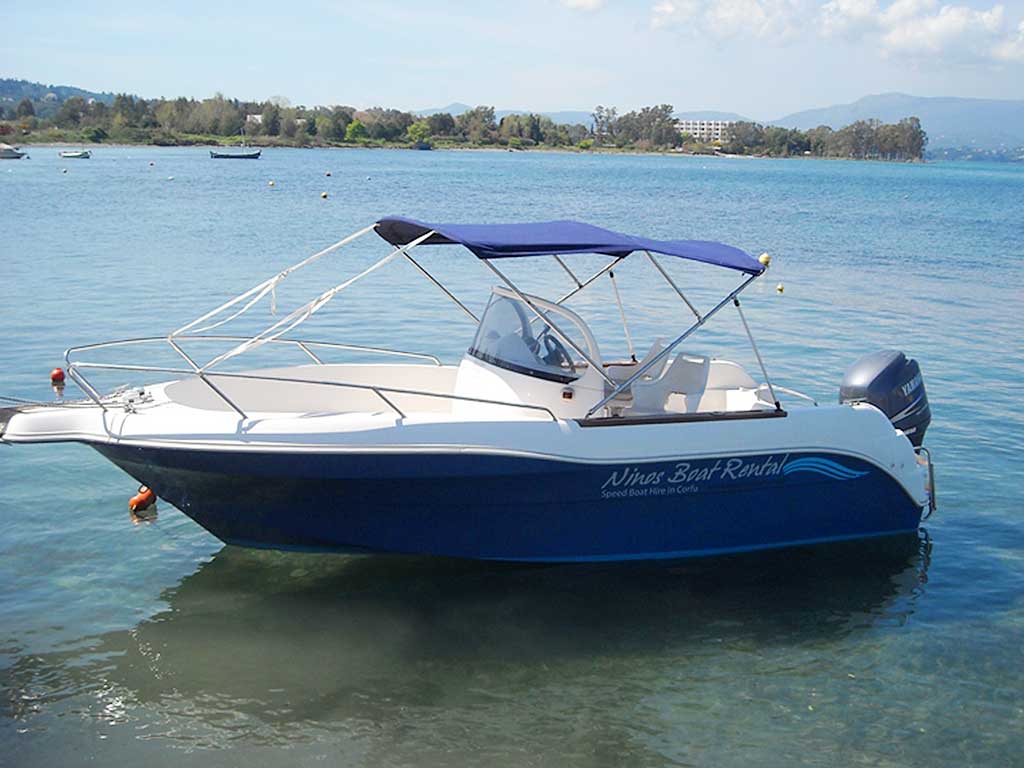 Any Speed Boats up to 30hp do not require a license Speed Boats over 30hp require a RYA Power Boat Level 2 All UK European licenses are valid in Greece All of our boats have steering wheels rather than a rear tiller ...
approx 1.7 km (1.06 miles) away from you 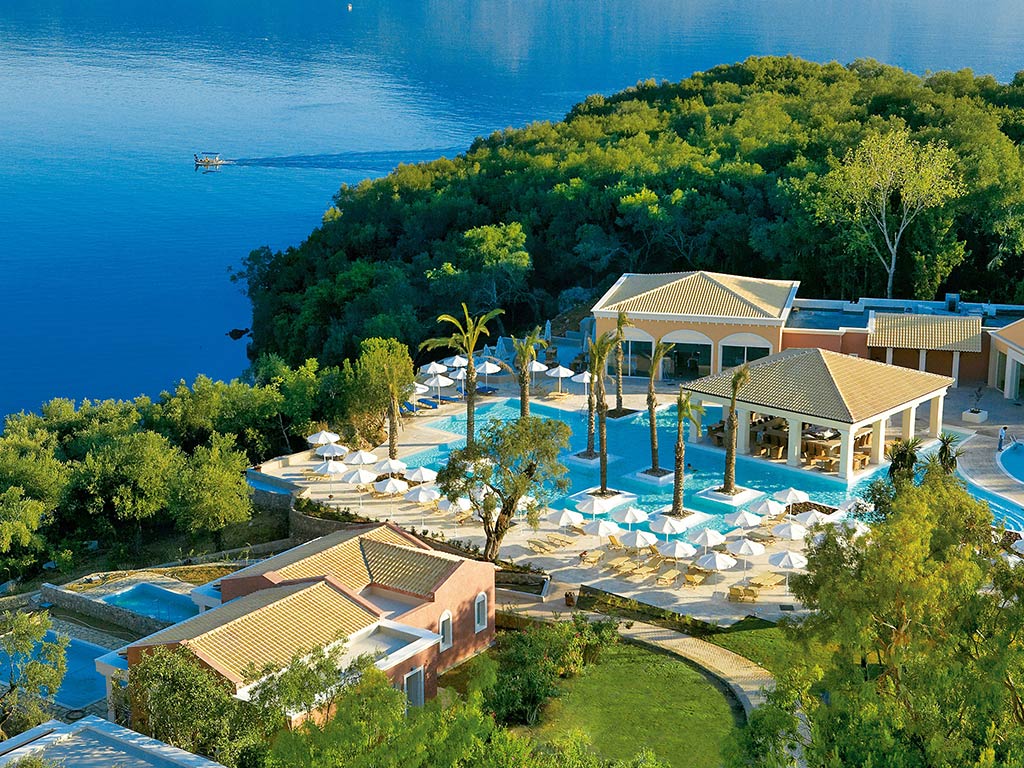 Famous Class Suites Villas offer the ultimate in luxury for our most discerning clients The designer interiors private pools and luxurious villas and the personalized services make a Famous Class vacation a one in a ...
approx 1.83 km (1.14 miles) away from you 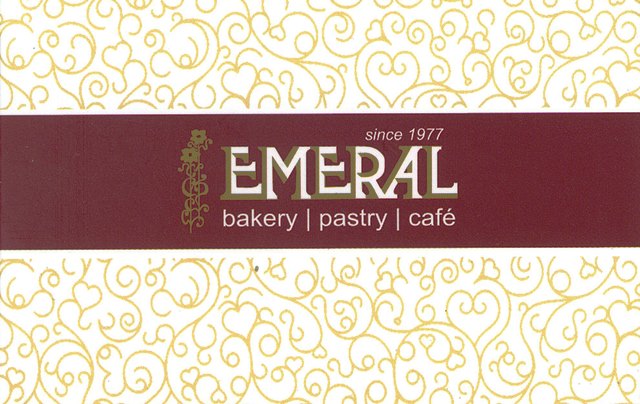 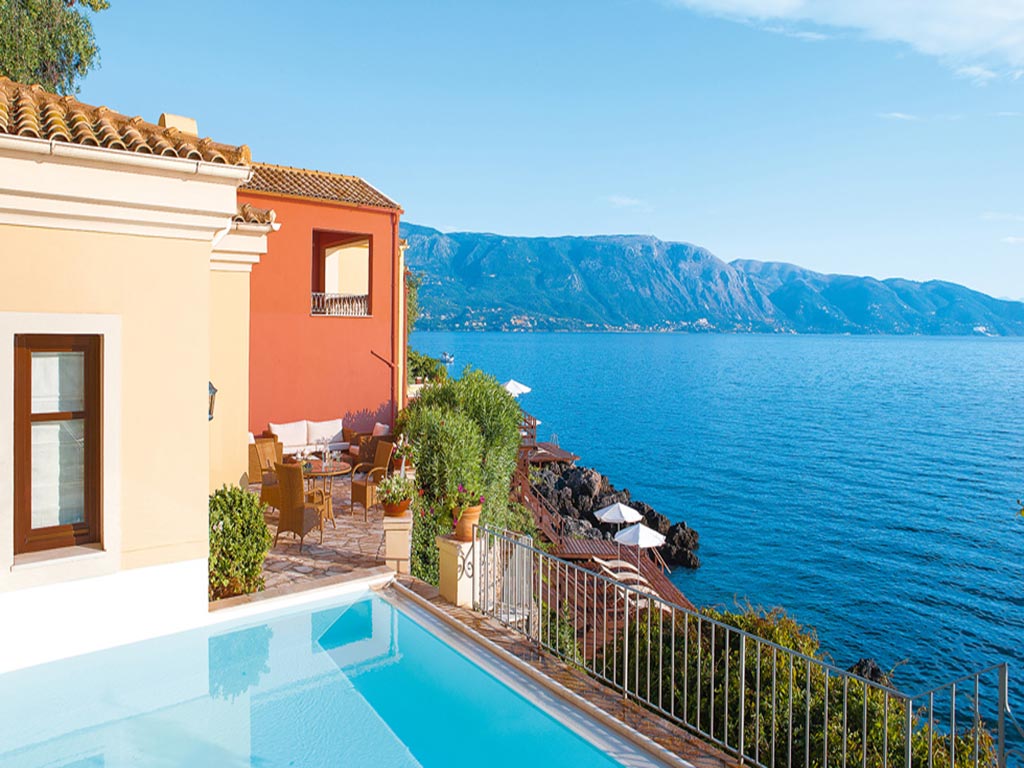 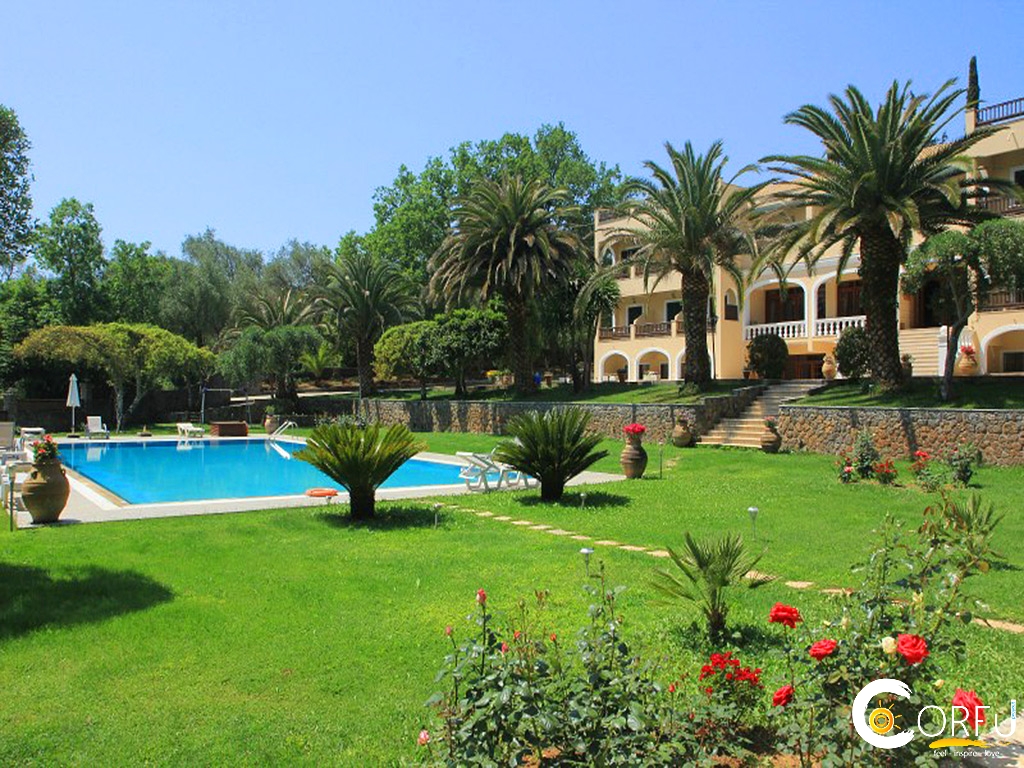 Fiori Hotel is the ideal place for those looking for moments of serenity along with the welcoming atmosphere of a small family run business The hotel is ideally situated in a secluded and tranquil area in Gouvia in 1...
approx 2.29 km (1.42 miles) away from you